Resources on Hieromonk Seraphim (Rose) of Platina
NEW PODCAST: Homilies of Fr Seraphim Rose
Launched in late 2020, this podcast already has well over a dozen episodes of talks by or about Blessed Hieromonk Seraphim. Learn more, download individual episodes, and subscribe here.
UPDATED FOR 2022:
ARTICLES BY & ABOUT FR. SERAPHIM ROSE
Compiled by OrthoChristian.com
"I believe the example of Fr. Seraphim Rose, both in his life and in his work, contains a key that is of universal Orthodox significance in these last days, and is especially important for all those seeking to find and struggling to preserve true Orthodoxy in the West. For Fr. Seraphim is our contemporary, a man who lived and breathed the same deadly modern atmosphere of godless humanism, atheistic hedonism, and soulless ecumenism that is the common experience of all modern children of the West. Yet he, by the grace of God, not only found his way to the Pearl of Great Price, holy Orthodoxy, but also was able to penetrate to the very heart of the true and free tradition of living Orthodoxy: the genuine patristic spirituality founded on the Divine Scripture and the Holy Fathers. Fr. Seraphim was a native son of America who became a true spiritual son of the Holy Fathers who are the sources of holy Orthodoxy."
- Vincent Rossi 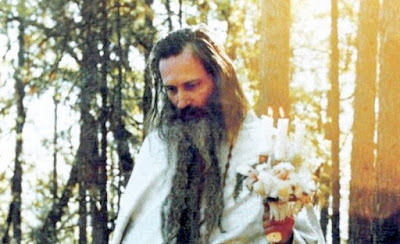 FEATURED ARTICLES:
ABOUT MY SPIRITUAL GUIDE, HIEROMONK SERAPHIM (ROSE)
Stories of Matushka Maria Kotar
Matushka Maria Kotar is the wife of Archpriest Serge Kotar, who served for many years in the Joy of All Who Sorrow Cathedral in San Francisco, at the relics of St. John of Shanghai and San Francisco. Matushka knew St. John from childhood, and it was he who brought the man who was later to become her spiritual father into their home, Hieromonk Seraphim Rose.
FR. SERAPHIM (ROSE) AS A SYMBOL OF OUR TIMES
Monk Vsevolod (Filippev)
"Those who knew Hieromonk Seraphim well say that he really was an example in everything: He always behaved simply and modestly, he did not throw himself into extremes, and when there were temptations, he sought an answer in the holy fathers and sought the will of God through the decisions and instructions of the hierarchy; he was tolerant of the weaknesses of others and intolerant to his own shortcomings. Fr. Seraphim did not suffer from “convertitis” and did not play the role of a spiritual elder or super-spiritual theologian. It was for this humble attitude towards himself that the Lord made him a source of living water for many suffering souls. The Lord put words of discernment and love in his mouth. The Holy Spirit enlightened his mind when he wrote his theological works and when he preached and instructed his spiritual children, whether by letter or orally."
“I LEARNED FROM HIM HOW TO LIVE AND HOW TO DIE” -  How Fr. Seraphim (Rose) Influenced the Life of One Future Priest.
VIDEOS
Recent years have seen a wealth of Blessed Father Seraphim's writings and talks uploaded to YouTube.
There are several recordings of Father Seraphim himself delivering his talks, but these are rare, and most of these YouTube videos feature someone reading the text.
The most recent offerings, several highlights of which are posted below, are well done readings by the dedicated hosts of these various YouTube channels, for whom, we can only assume, these labors are a holy podvig, and we give thanks for the efforts of the channels Orthodox Wisdom, Orthodox Reactionary, and others.
In addition, there are numerous videos which present excerpts of Father Seraphim's teachings in scrolling text against a photographic backdrop accompanied by low volume Greek or Russian Orthodox chant, as seen on the Gregory Decapolite and Nicodemos Hagiorite channels. These presentations have enormous impact on the soul, and somehow impart what Father Seraphim called "the savor of Orthodoxy" even in spite of this post-modern technology, format and platform.
We offer these links for your prayerful edification . . . 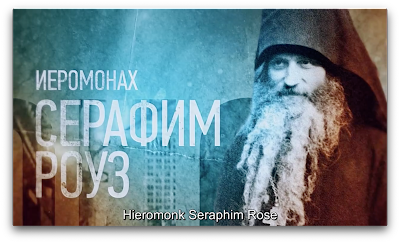 Fr Seraphim Rose - Russian Documentary w/English Subtitles — This excellent film has been out for a few years, but only recently was it given English subtitles by the Russian Faith website. Includes transcript...
My YouTube video playlist re: Fr. Seraphim Rose
Orthodoxy and the Religion of the Future
Nihilism: The Root of the Revolution of the Modern Age
God's Revelation to the Human Heart
Orthodox Survival Course
Fr. Seraphim Rose - Articles & Teachings

The Royal Path - True Orthodox in an Age of Apostasy

Orthodoxy in the USA

The Holy Fathers of Orthodox Spirituality

Nurtured by the Holy Fathers: Lessons from the life and works of Fr. Seraphim Rose: Two new collections of talks on the life and significance of Blessed Hieromonk Seraphim of Platina by hierarchs, clergy, and some of his spiritual children provide a wealth of insights into, and spiritual lessons from, this revered and beloved Orthodox struggler and spiritual father.
Topical Writings of Hieromonk Seraphim of Platina, collected by Classical Christianity: Eastern Orthodoxy for Today
An Unpublished Life of Fr. Seraphim Rose, written by his Godfather
Fr. Seraphim Rose's Monastery - A Photographic Pilgrimage
St. Herman's Monastery celebrates 33rd Anniversary of Repose of Fr. Seraphim Rose
Fr Seraphim Rose on Islam - Fr Seraphim didn't write much about Islam, or did he? A look at Fr Seraphim's teaching on the Monotheistic Religions, and how he might have approached the challenge of Islam in the 21st century.

Fr Seraphim Rose Speaks: Excerpts from His Writings - An assortment of links to numerous articles and homilies by and about Fr Seraphim. Very edifying materials collected for easy reference. 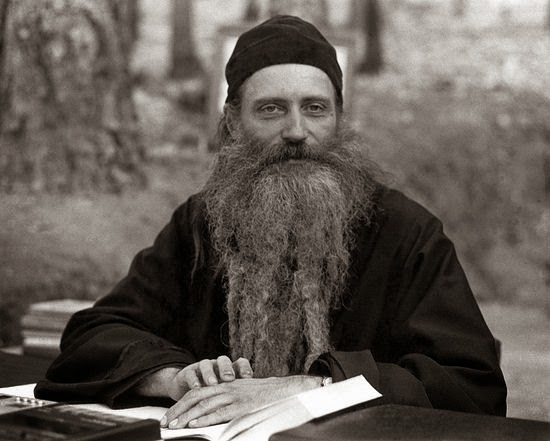 'Seeker of the Truth' — In Memory of Fr Seraphim Rose - "Father Seraphim departed to the Lord on September 2, 1982... In honor of this day, Pravoslavie.ru has asked several pastors of the Russian Orthodox Church to talk about what Father Seraphim means to them."


'Do Not Be Hearers Only' — Podcasts and Recordings of Fr Seraphim Rose - Links to recorded talks by Fr Seraphim, plus reflections on his life and significance by his spiritual children and others.


VIDEO: 20th Anniversary of the Repose of Hieromonk Seraphim Rose - Recorded during the 2002 pilgrimage at St Herman of Alaska Monastery in Platina, California. Features a sermon by Fr Thomas Hopko, and talks by Hieromonk Damascene (now abbot of St Herman's) and Schema-Hieromonk Ambrose (Young), and others. 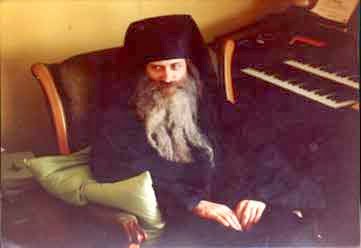 The Blessings of Meeting Fr Seraphim Rose - A heartfelt and revealing reminiscence by Archimandrite Nektarios Serfes, who Fr Seraphim visited on his cross-country trip to give a talk at Holy Trinity Monastery in Jordanville in December 1979.


Solzhenitsyn's Prophetic Voice — Biographer Joseph Pearce Discusses Critic of Communism - A fine companion piece to Solzhenitsyn's 1978 Harvard Commencement Address (see below). Fr Seraphim saw Aleksander Solzhenitsyn as a pivotal observer of our time, and spoke and wrote extensively about him and his message.


Solzhenitsyn's 1978 Harvard Commencement Address (Video and Text) - An essential and prophetic analysis of our age, which Fr Seraphim referred to often.


The Time to 'Walk the Walk' is Upon Us, by Archpriest John Moses - A stirring essay in the spirit of Fr Seraphim's famous 'word': "Now one cannot be a half-hearted Christian, but only entirely or not at all." 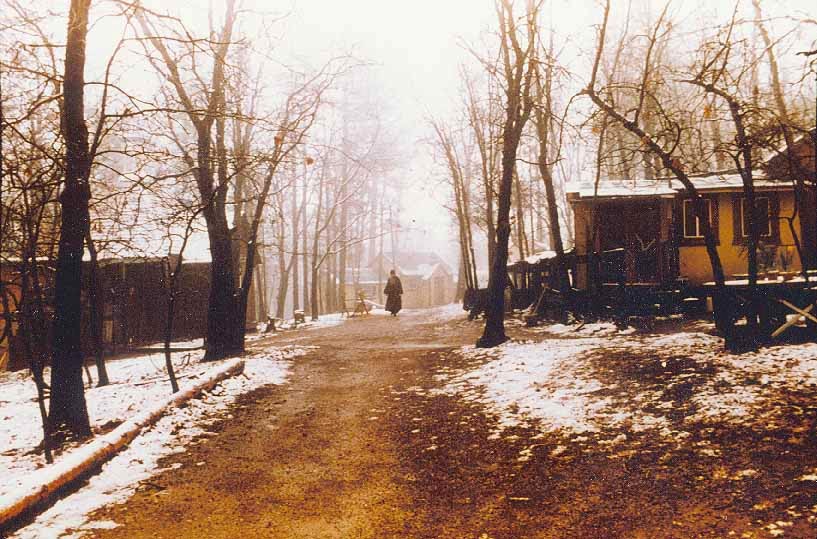 The Veneration of Father Seraphim Rose 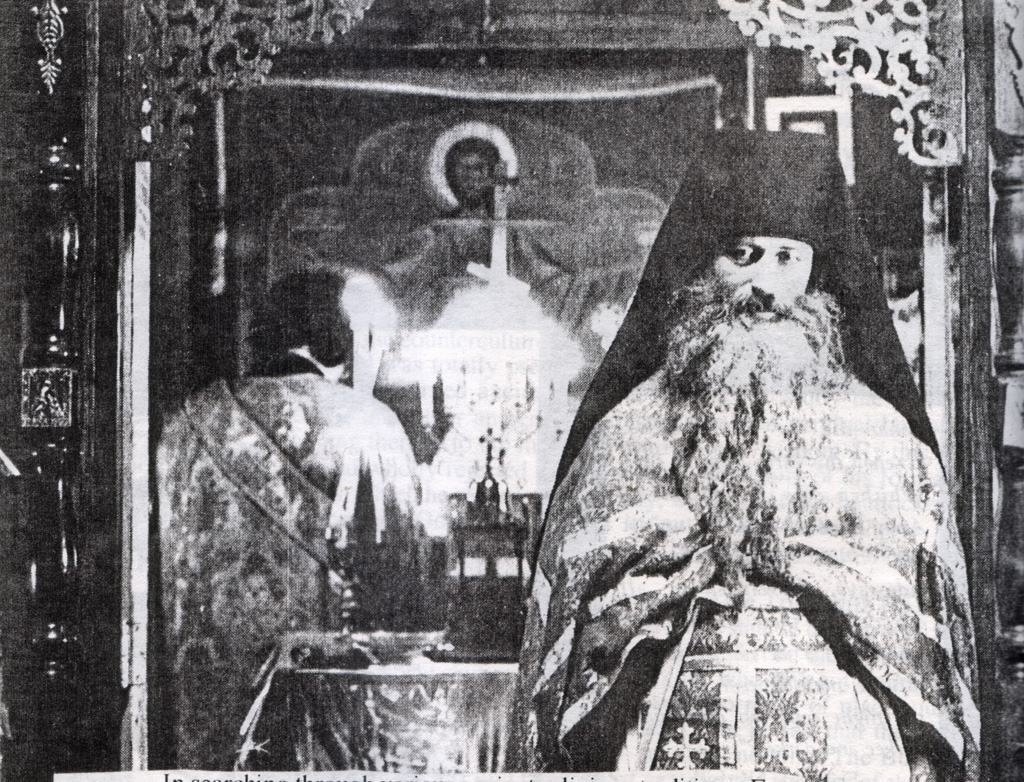 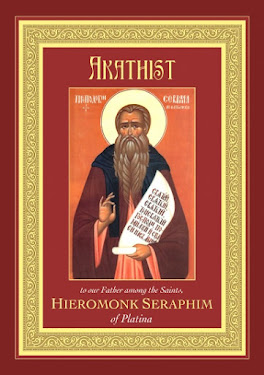